Ordway, CO: Partners for Conservation, a landowner-led organization focused on improving landscapes through communication, released a report today that evaluates lessons learned during greater sage-grouse conservation efforts. The report, Perspectives on Collaborative Conservation, compiles responses from more than 40 individuals who were actively engaged in sage-grouse conservation from a variety of scales and perspectives. The interviews provide insights into things that worked and did not work during the collaborations that developed to keep the greater sage-grouse off the endangered species list.

“Whether partnerships between federal and state agencies with private landowners, restoration projects coordinated between non-profit groups and land management agencies, or the thousands of hours negotiating state sage-grouse conservation plans, the collaborative efforts across the West were, and still are, unprecedented,” noted Steve Jester, executive director of Partners for Conservation. “By identifying what worked well – and where the greatest challenges emerged – there are lessons to be learned. The hope is that the information generated will help guide collaborative conservation on natural resource challenges in the future.”

Between 2010 and 2015, there was an unprecedented effort across the West to keep the greater sage-grouse off the endangered species list – culminating in the September 2015 announcement that the bird did not need federal protection. However, collaborations had begun well before 2010 and continue to this day. Partners for Conservation gathered the perspectives of 42 individuals who were actively engaged in sage-grouse conservation. Primary perspectives that were interviewed included private landowners, local agencies or community groups, industry, groups that were facilitators of collaborative efforts, state and federal agencies, non-profit organizations, and elected officials or their staff. Individuals were also selected based on their work at different scales including the individual operation level, the watershed or landscape level, statewide efforts, regional
coordination, and national decision-making level.

Overall, survey respondents had a shared purpose and vision: to have healthy sage-grouse populations that would preclude the need for listing under the Endangered Species Act. While many of the stakeholders came with very different motivations and had different perspectives, several themes emerged from the respondents that crossed all scales and perspectives. These overarching themes were:

“We found that there was a high degree of motivation to find solutions that could work for a wide range of partners – something that is critical in ensuring that conservation decisions are implemented successfully,” Jester continued. “The investment in time and effort to build the relationships, trust, and eventually effective partnerships can seem daunting and even insurmountable. However, addressing natural resource challenges in a collaborative fashion is the only way to forge lasting solutions. PFC intends to carry the lessons learned forward through a series of workshops helping partners learn how to develop effective relationships and partnerships to sustain landscapes and communities.”

The report can be found on the Partners for Conservation website at: www.partnersforconservation.org.

About Partners for Conservation
Established in 2008, Partners for Conservation embodies a grassroots movement of private landowners working with agencies, non-profit organizations, and policymakers to collaborate on conservation projects to sustain our working landscapes for present and future generations. PFC represents the voices of 21st century conservation and the collective effort to support working landscapes through voluntary, incentive-based public and private programs. 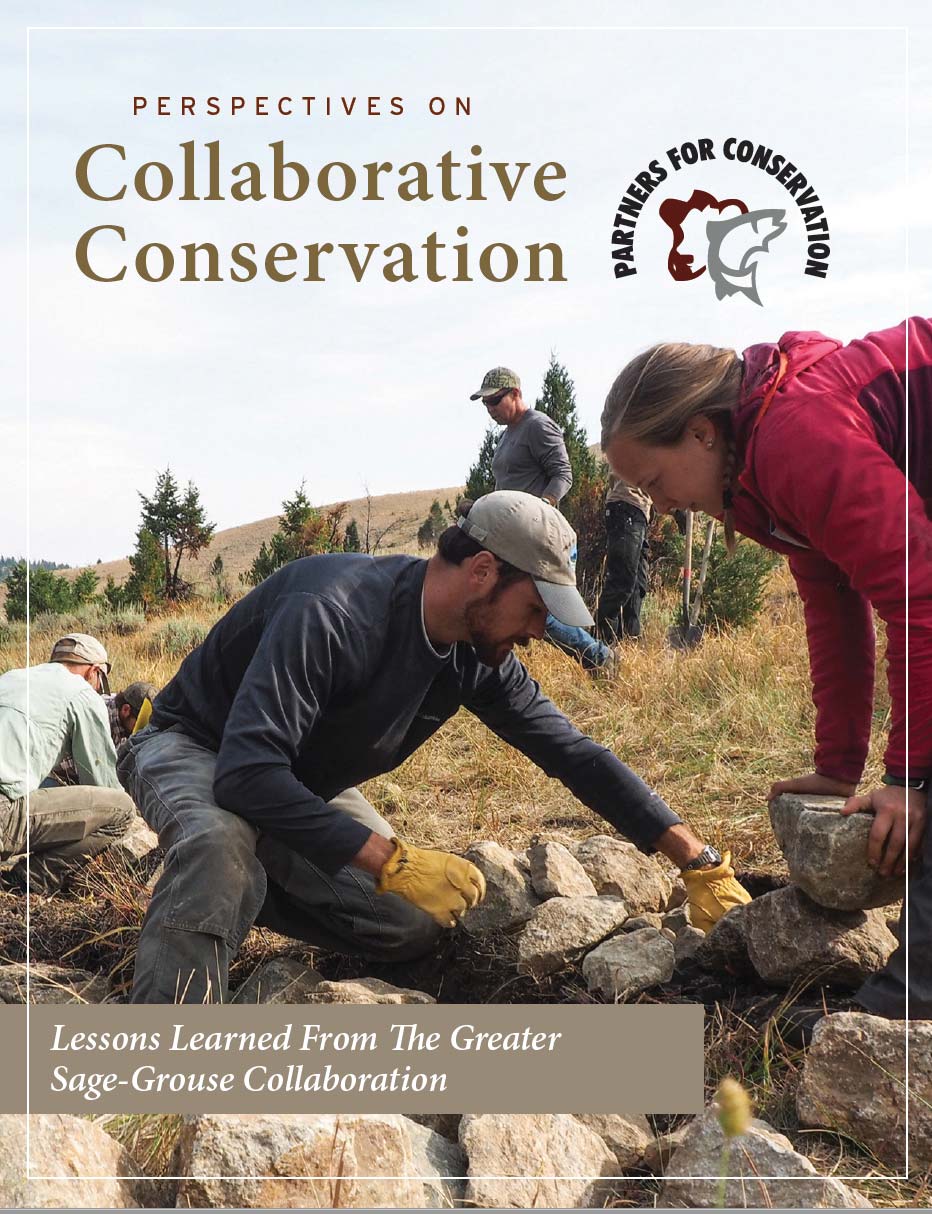 RSS Feed
Subscribe to Newsletters
Back to Current News